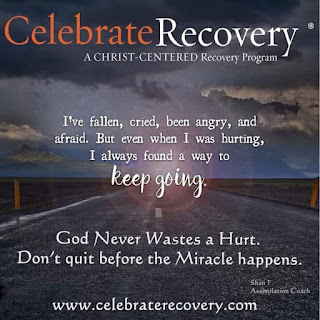 As Christians and fellow strugglers, we often say we are “there for each other”.  My wife (Cheryl) and I experienced the true the meaning of “being there for each other” at a dark time in our lives, and we want to share a small part of our story.
In November 2012 on our son’s birthday, he and his wife had another in a series of drunken fights. After almost two years of sobriety, they had been sliding back into their addiction. That night in 2012 it came to a head. Our son went to prison, and his wife and his girls moved in with us. Life as we knew it was about to change forever.
The next two months were tense. The girls mom was distant from the girls and would disappear for two – three days at a time. In January 2013 she went to work and never came back. In our 50’s and were left with an 18-month-old and a 31/2-year-old to raise. With our son in prison and their mom lost in addiction, we had no choice but to go to court and get custody of the girls and eventually adopt them.
Dealing with a son in prison, an alcoholic daughter in law, and two little girls who didn’t understand what was happening was exhausting. There were drunken calls and threats from the girl’s mom and even some of the people she hung around with. We were tired, depressed, struggling, hurting, and ready to give up. We just went through the motions of living and lied to everyone by saying “we were good”. But we weren’t good. We were hurting, and life was spiraling out of control. We settled into a routine of coping and just trying to keep the girls happy and feeling loved.
In the fall of 2014, our friends Wayne and Vicki came to us with a new group they were starting called Grandparents as Parents. Their vision was to help guide people who found themselves raising their children’s children. It would be a faith-based approach lead by Wayne and Vicki who had been walking the path of raising their granddaughter for years. The need was great, Fellowship Bible Church also supported it, and God was putting them in a position to help. We latched on to GAP as a life preserver thrown to us as we drowned in an ocean of pain and sorrow.
Galatians 6:2 says to “Carry each other’s burdens, and in this way, you fulfill the law of Christ.” The GAP Community Care Group did just that for us! We found people who understood. We made forever friends. We found, hope, peace, and healing. Eventually we took over leading the North Group, and the Kennedy’s were able to start a group in Fayetteville. God was multiplying us so we could reach more people!
God never wastes a hurt. He uses what seems like insurmountable struggles in our lives to help others. We have seen this time and time again through the Celebrate Recovery ministry!  It’s our hope that our story will encourage you to share yours with someone needing help and encouragement. There is hope and healing and forever friendships awaiting you there.
Click HERE to listen to “God Will Lift Up Your Head” by Jars of Clay

Kaleo Church of the Nazarene